Get fresh music recommendations delivered to your inbox every Friday.

by Trip The Witch 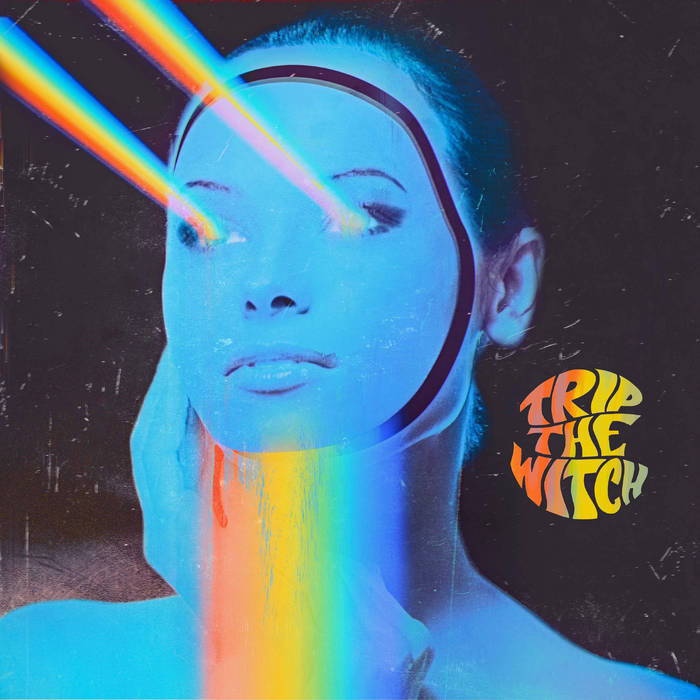 cactusrob1 I'm blown away. I haven't picked a favorite track yet but I could listen to this on perpetual repeat!

bghornyak Simply Amazing!
Dean and Uncle Larry, a match made in heaven! We sooo needed this!!!

Sometimes, musical magic happens when you least expect it. Which is certainly true of Trip The Witch, the new collaborative project from Stone Temple Pilots guitarist and songwriter Dean DeLeo and Nashville session ace Tom Bukovac. The pair’s self-titled debut, a collection of ten dynamic, mostly instrumental compositions, traverses a myriad of sounds and styles – ethereal soundscapes are consumed by crunching power chords; expressive, vocal-like guitar melodies give way to screaming, fuzzed-out solos; jazzy comps cascade into kaleidoscopic atmospherics, and then explode into hard-rocking sonic freakouts – with flowing ease and an almost cosmic connectivity. “We were really in harmony making this record,” DeLeo says.

Which is, naturally, what two musicians would hope to have happen when they come together. Although, in this case, throughout the writing and recording of Trip The Witch DeLeo and Bukovac were never once in the same room, or even the same part of the country, at the same time.

But from the minute DeLeo first came across Bukovac’s work last year, via his popular YouTube guitar lesson series, Homeskoolin’, he was blown away. “I was completely in awe – in my humble opinion he’s probably the finest guitar player on the planet,” DeLeo says of Bukovac, an in-demand Nashville session guitarist who has performed on more than 800 albums, as well as toured with the likes of John Fogerty, Vince Gill and Joe Walsh.

The feeling, apparently, was mutual. “One day I got an email from this guy, it turned out to be Dean’s engineer, Ryan Williams,” Bukovac says. “And he wrote, ‘You'll never believe who's been watching your show – you know Dean DeLeo?’ I was like, “Know him? I’m a huge fan. I used to wear out those Stone Temple Pilots records.’ ”

The two began chatting on the phone and immediately hit it off. “There were so many parallels running through our lives personally and professionally and musically,” Bukovac says. “It felt like we’d known each other a million years.”

From there, they decided to consecrate the relationship with music. “We said, ‘Let’s make a record,’ ” Bukovac recalls. Being that it was at the height of the pandemic in 2020, and with DeLeo in Los Angeles and Bukovac in Nashville, they did it the only way possible. “We basically wrote the songs by sending videos back and forth to one another, like, ‘Hey, I’ve got this part, check it out.’ And then the other person would go, ‘Well, that sounds like a verse. I have this for a chorus…’ And we just kept building ideas,” DeLeo says.

“It was a very honest process, and it brought out the best in each of us, I think,” adds Bukovac. “I'd send him a riff and he’d send me a riff back, and after a while we had a million riffs and started assembling them into songs.”

One of the first songs they came up with, an interstellar jam titled “Planet TD1” (“that’s ‘Tom Dean 1,’ ” Bukovac points out), set the template. “Tom sent me the verse melody, and then I went out on a hike with those chords going in my head,” DeLeo recalls. “I was up in the mountains when the chorus just came to me. I got back to the house and I knew right where to go with it. I laid down my part, sent it back to Tom and that’s how it came about. We never really talked about it. For the most part, the music was our conversation.”

Other examples of their easy collaboration? Bukovac points to the “beautiful, desperate-sounding slide guitar” DeLeo added to his country-infected tune, “Wall of Sound,” while DeLeo recalls the soaring, majestic solo that Bukovac added towards the end of “Black Light,” the first half of his two-part closing epic, “Black Light/Reclaim My Time.” “It was almost like I knew the notes and the phrasing he was going to use before I even heard it,” DeLeo says. “But that’s the thing about Tom – he plays what I wish I could play, and he always plays exactly what I want to hear.”

While both musicians are, first and foremost, obsessive guitar players, Trip The Witch (which also includes, among other notable musicians, bassist Steve Mackey and drummers Shannon Forrest, Ian Fitchuk, Jason Sutter and Chris McHugh) hardly functions as an excuse to merely flex some six-string chops. Far from it, in fact. “There’s actually very few solos on the record,” DeLeo says. Which, adds Bukovac, is by design. “We wanted to make sure that if it ended up being an instrumental album, that it was super-solid melodically, with a vocal-like quality.”

Truth be told, there are two songs that feature singing: Bukovac’s voice can be heard on “Reclaim My Time,” while the album’s astral-prog opening cut, “Saturn We Miss You,” whose smooth grooves are laced with shimmering guitars and spectral keyboards, is highlighted by the inimitable vocals of legendary Yes front man Jon Anderson. As two avowed Yes fanatics – “Jon Anderson is a part of our DNA,” DeLeo says assuredly – drafting in the singer was no small triumph.

As for how he wound up on the track? “When Tom showed me ‘Saturn We Miss You,’ we thought Jon would be the perfect voice for it,” DeLeo says. “So I got his email address and sent him the track, and I attached the song title to it.” A few days went by with no response. “And then one day I opened my email, and he had sent it back – with vocals. I immediately called him and expressed to him the beauty of what he did, and all that he and his music means to Tom and I. He’s such a huge part of our musical upbringing.”

Bukovac continues, “What we really didn’t expect was that Jon came up with all these lyrics based around the title, too. Instead of just responding, ‘Yeah, boys, I'll help you on this track…’ he wrote the lyrics, sang them, recorded it, sent it back and said, ‘What do you think of this, lads?’ ”

Chalk it up to a record that seemed destined for creation. “It was just a real natural thing,” Bukovac says. “It wasn’t work, you know?” He likens the exchange of ideas and sound files between the two to opening a present on Christmas morning. “It was such a thrill to have a track, send it to the other person, and then have the anticipation and excitement of getting it back and hearing what the other one had done,” concurs DeLeo.

As for what comes next for Trip The Witch? “We’d really love to take this on the road,” DeLeo says. “We’ve talked about it quite a bit, and I think it would be just an incredible amount of fun.”

One thing’s for sure – there will be more music in the future. “Between Tom and I, I don't think there will ever be a shortage of material,” DeLeo says. “When we get into that mode of writing and working together, the music’s just really in-orbit.” In fact, Bukovac adds, there’s already a wealth of material left over from the Trip The Witch sessions. “Before we knew it, we had to decide which songs we weren't going to put on the album. So we could easily make a second one.”

Until that time comes, DeLeo and Bukovac have other worlds to explore. Like, for starters, actually meeting one another. “We probably should do that, at least before we do another record,” Bukovac says. He laughs. “So that’s the next step, yeah.

Produced by Trip The Witch

Sometimes, magic happens when you least expect it. Which is certainly true of Trip The Witch, the new collaborative project from Stone Temple Pilots guitarist Dean DeLeo & Nashville session ace Tom Bukovac. The pair’s self-titled debut, completed over the course of quarantine without the two ever meeting face-to-face, contains ten, mostly instrumental tunes traversing a myriad of sounds & styles. ... more

Bandcamp Daily  your guide to the world of Bandcamp